Is Carbonated Water Safe For Your Teeth? 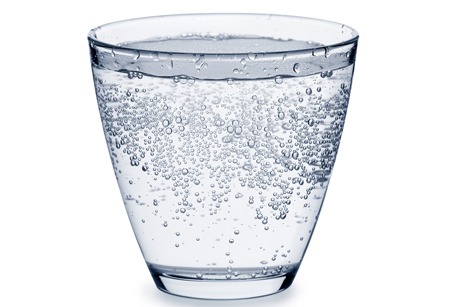 As you surely know, soda contains high amounts of sugar which will cause tooth decay if consumed regularly or in large quantities. Additionally, most people are likely avoiding regular soda strictly because of the added calories. Because of this, there has been a significant rise in the amount of sparkling or carbonated water. Sugar-free flavored soda water has become a popular drink among many people. The question is, Is Carbonated Water Safe For Your Teeth? Let’s dig a little deeper.

There’s very little debate whether sparkling water is better for your health than regular soda. Humans consume far too much sugar in their diets and eliminating sugar is definitely a good idea where you can.

However, it’s important to remember that the carbonation in this beverage *might have an impact on your teeth over time. Carbonation is acidic (because it makes the pH of fluids in your mouth more acidic). This could potentially wear away at enamel and make teeth more susceptible to decay and sensitivity. So while drinking carbonated water occasionally won’t hurt your teeth too much, those who consume it frequently should be mindful of these possible risks.

The studies we have on carbonated beverages up to this point indicate that there is potential for damage to enamel “only if they contain sugar.”

Conclusion – Avoid Sugar Above All Else

The science seems to indicate that sugar is the biggest culprit in damaging teeth. There is some room to be concerned about the impact of sparkling/seltzer/soda water, and that is why researchers are still exploring the impacts on dental health that they may pose.

Carbonated water is a refreshing drink that can hydrate as well as water, but gives you a bit of fizz. You should definitely consider reaching for a sparkling water over any sugary beverage. Hopefully we answered you question, Is Carbonated Water Safe For Your Teeth? Consult your dentist if you have additional questions about which beverages you should consume or avoid.